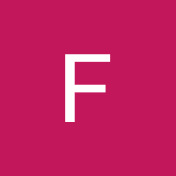 5:53
Scalise Confronts Fauci With Migrant Detention Pics: “Does this look like social distancing to you?”

15:40
Vaccine Passports: THIS Is Where It Leads

12:05
Denzel Washington's Life Advice Will Leave You Speechless (MUST WATCH)

10:55
Krystal Ball: The Next Housing CRISIS Is Here And The Villains Are Exactly Who You'd Expect

14:28
Ted Cruz fires back at Dick Durbin for calling him a liar

4:14
DeSantis hits Ocasio-Cortez: I don't care if she's an Eskimo

4:02
Dana Perino blasts Bill Gates: He needs to learn how to read the room

8:47
Charlie Kirk: Taking Fauci seriously at this point is beyond a mistake