'How Prince Harry can show his face in the UK, I've got no idea': Alan Jones 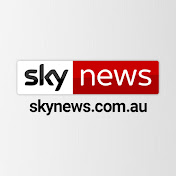 2:08
Nigel Farage slams Harry and Meghan: Britain ‘will not welcome’ them back

3:35
It's Meghan Markle's 'behaviour we object to': Alan Jones

5:29
The 'leader of the free world' is 'cognitively delinquent'

5:23
THE PEACEMAKER | How Kate brought Prince William and Prince Harry together | Sunrise

9:55
Prince Harry needs to ‘get away from being a celebrity’

8:13
The ‘Trump point’ was proved by media coverage of Biden’s stumbles

9:48
Harry and Meghan’s interview was a ‘grotesque betrayal’ of the Queen

4:22
COVID-19: Whistleblower claims WHO asked him to change report about Italy's COVID response