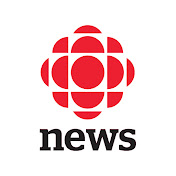 59:38
The Duke Of Edinburgh: In His Own Words - British Royal Documentary

3:37:51
The Wedding of Prince William and Catherine Middleton

19:35
Pronounced Dead for 20 Minutes - What He Saw and How it Changed His Life Forever

2:01:47
The wedding of Princess Eugenie and Jack Brooksbank: Full Ceremony

12:46
Queen Elizabeth and her family attend the funeral of Prince Philip at St George's Chapel | 7NEWS