VASILIS SPANOULIS IN THE SERBIAN "NIGHT" 4/7/15 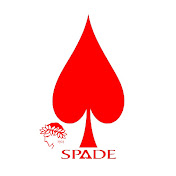 7:48
Nikos Galis in the pantheon of world basketball.

12:05
Denzel Washington's Life Advice Will Leave You Speechless (MUST WATCH)

2:19
The incredible story that Papapetrou revealed about Spanoulis

57:01
TV10 - THE MOST IMPORTANT INVENTIONS OF THE ANCIENT GREEKS