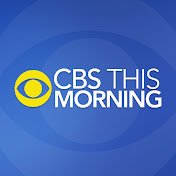 10:19
Meghan, Duchess of Sussex, opens up about her family

12:59
Top 10 Shocking Things We Learned from the Meghan & Harry Interview

8:33
Harry and Meghan on how race factored into their U.K. press coverage

5:39
Oprah Winfrey on her bombshell Harry and Meghan interview

2:20
Prince Harry reveals he was snubbed by Queen Elizabeth before planned visit

2:35
Five key moments from the Harry and Meghan interview with Oprah | ITV News

3:41
When Princess Diana Finally Faced Camilla | Diana: In Her Own Words | Netflix

2:44
Meghan Markle Reveals Kate Middleton Made Her CRY Ahead of Wedding

3:04
It’s a GIRL! Prince Harry and Meghan Markle Reveal Archie is Getting a Sister