Scalia Lecture | Justice Stephen G. Breyer, “The Authority of the Court and the Peril of Politics” 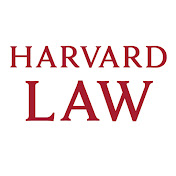 1:13:45
What Happens When China Becomes Number One? | Institute of Politics

1:00:26
Getting to the Point with Supreme Court Justice Stephen Breyer

1:27:37
The Court in the World: The First Annual Justice Stephen Breyer Lecture on International Law

1:05:16
Nader and Fein at HLS: "America's Lawless Empire: The Constitutional Crimes of Bush and Obama"

1:31:33
Town Hall: The Second Amendment and the Individual’s Right to Own and Carry a Gun