Gué Pequeno and his home in Lugano, between music, gadgets and design | Episode 7 | MTV Cribs Italy 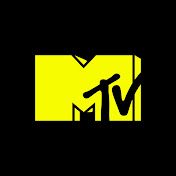 13:05
At the home of Luis Alberto of Lazio with his wife Patricia Venegas | Episode 3 | MTV Cribs Italy

11:44
The kitchens of footballers, from Dybala to Aubameyang | MTV Cribs: Footballers Stay Home

13:41
Personal: Gué Pequeno tells about the fame, the money, the childhood of him and 'Mr. Fini '.

21:39
HOMYATOL AT HOME OF FEDEZ! with Panetti and Naska