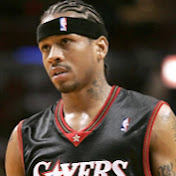 48:01
48 Minutes of the Greatest NBA Highlights to Keep You Entertained During Quarantine (HD)